If you participate or organise simulation for medical education you will know it can be stressful (on both sides of the fence)…  The notion of ‘Cognitive Load Theory‘ has been popularised by NASA and is now being discussed in the medical education literature.

In summary, of relevance to learning, transfer of new knowledge to long-term memory can be impaired by ‘overload’, ‘distractions’ and ‘stress’…

Whilst we should be concerned about overly stimulating our learners, we do need a little bit of stress to learn – passive participation and “no” challenges are unlikely to lead to learning or change in behaviour. 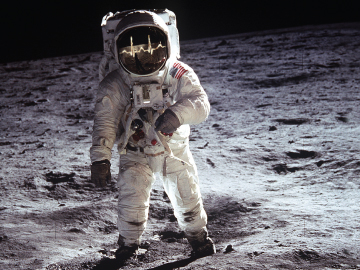 Cognitive overload can actually be measured. NASA use the “NASA=TLX” tool.  The take home for us is that, from an education perspective, high levels of cognitive load may impair BOTH performance and learning…

Widely used approaches to debriefing in medical education and simulation take this idea into account.  During the reactions phase we have the primary goal of bringing learners from the stress of the simulation – to sitting down and reflecting on what happened…

One group of Anaesthetic doctors took this theory to the next level.  They were able to show that a brief ‘break’ after the simulation event and prior to the debriefing led to an improvement in retention of learning objectives at 3-months.

Perhaps this should change our approach to debriefing in medical simulation, and maybe even for ‘post major event’ debriefing as well.  Here is the abstract for you to make up your own mind:

High-fidelity simulation is known to improve participant learning and behavioral performance. Simulation scenarios generate stress that affects memory retention and may impact future performance. The authors hypothesized that more participants would recall three or more critical key messages at three months when a relaxation break was performed before debriefing of critical event scenarios.

Each resident actively participated in one scenario and observed another. Residents were randomized in two parallel-arms. The intervention was a 5-min standardized relaxation break immediately before debriefing; controls had no break before debriefing. Five scenario-specific messages were read aloud by instructors during debriefings. Residents were asked by telephone three months later to recall the five messages from their two scenarios, and were scored for each scenario by blinded investigators. The primary endpoint was the number of residents participating actively who recalled three or more messages. Secondary endpoints included: number of residents observing who recalled three or more messages, anxiety level, and debriefing quality.

In total, 149 residents were randomized and included. There were 52 of 73 (71%) residents participating actively who recalled three or more messages at three months in the intervention group versus 35 of 76 (46%) among controls (difference: 25% [95% CI, 10 to 40%], P = 0.004). No significant difference was found between groups for observers, anxiety or debriefing quality.

There was an additional 25% of active participants who recalled the critical messages at three months when a relaxation break was performed before debriefing of scenarios. Benefits of relaxation to enhance learning should be considered for medical education.