The year was 1518. Dancing mania is at hold in the Holy Roman Empire city of Strasbourg. Part of modern France, Strasbourg is an important seat of government in European politics.

Over the years this bizarre phenomenon of ‘sporadic dancing’, allegedly involving over 400 people, has also been referred to as “Dancing Plague” and “Saint Vitus’ Dance”.

The dancing outbreak was said to be highly contagious.  Music was used as a treatment to stop the dancing rather than seen as a cause at the time.   Many of the participants simply just kept going for days, dropped down and died!  In July of 1518 a lady started to dance on the street and set the ball in motion leading to days of dancing mayhem.  The affliction of hundreds of Strasbourg’s residents did not recede for several months.  This may have been one of the first ever mass raves but I don’t think you could call it a party.

As well as the famous Strasbourg outbreak there were multiple other descriptions of similar events between the 14th and 17th centuries.  Dancing mania affected all ages, men, boys, women and girls alike.  As well as making for an interesting historical minerva and an entertaining parody (above), dancing mania has been widely discussed and explanations attempted by many authors over the years. 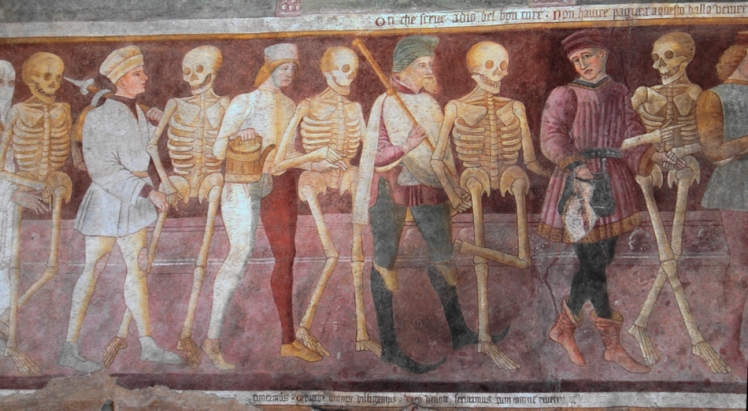