The Touch of Death – Hand Hygiene

This topic was important at Medical School.  You got at least one mark in the Objective Structured Clinical Examination (OSCE) in, well, pretty much every OSCE exam.

Whether you lost or gained marks for hand hygiene in the mandatory Basic Life Support ‘CPR’ station is uncertain but it would be no harm to take a scoosh of that alcohol gel just in case. Regardless of its importance in passing OSCEs, there is no doubt that this is an essential activity for patient and staff safety in modern healthcare.

One of the saddest and yet most interesting aspects in the history of medicine revolves around the origins of good hygiene which is one its most important elements.  In this post we look at the strange origins of hand washing and the 5 moments for hand hygiene.

Hippocrates and the 4 Humours

In the early-mid 19th Century death was an accepted part of life.

From birth, the average life expectancy was around 30 years of age (this was greatly affected by social status, meaning the richer you were, the longer you lived). If you didn’t die in a war, die in a sinking ship or die as a slave, you died from disease.

Disturbingly there was also a high probability that if you were a woman you would die in childbirth.

Medicine was based largely on the ancient Greco/Roman school and treatment was performed by a physician attempting to rectify one or more of the patient’s “humors of life”.

Ignaz Semmelweis would change this. In 1840s Hungarian-born physician Semmelweis recorded striking observations which lead to the practice of hand washing in mainstream medicine. 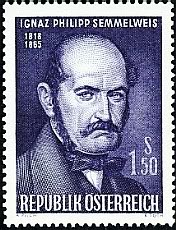 The Beginnings of Hand-washing

Semmelweis was born on July 1, 1818 in Buda, part of present Budapest (then part of the Austrian Empire). At the age of 19 he began studying law but then switched to medicine and was awarded his doctorate 1844 and specialised in obstetrics.

In 1846 he took up the position of Chief Resident at the Vienna General Hospital and performed the usual tasks of a junior doctor, ward rounds, student teaching, record keeping and supervise difficult obstetric deliveries.

Vienna General had 2 maternity clinics/delivery wards and primarily serviced the poor. Clinic one was a ward run by the medical team (doctors), clinic two was run by the midwives. The first clinic had a mortality rate > 10%, the second had a mortality rate of less than 3%. This fact was so widely known, that “women would beg on their knees not to be admitted” to the First Clinic

The differences in mortality rate were so troubling to Semmelweis that he began a deductive process in an attempt to work out the possible variables accounting for the differences.  Eventually he arrived at what he believed to be the root cause. The individuals who worked in the First clinic.

Death was the answer

The breakthrough discovery would manifest itself through tragedy. Jakob Kolletschka (a good friend of Semmelweis) suffered a stick injury while performing an autopsy and as a result, he fell ill and then died. Kolletschka’s autopsy started a chain of events that led to the discovery of the cause of the First Clinic’s death rate.  One by one Semmelweis matched the pathogens to the women who were dying as a result of their stay in the first clinic. This led Semmelweis to conclude that he and the medical staff from the first clinic were carrying ‘cadaverous particles’ on their hands (when they left the autopsy room) and subsequently infecting the women in clinic one.

Midwives did not participate in the autopsy/post mortem examination room and thus the mortality rate in the second clinic was more than half that of the first. Little did Semmelweis know that this conclusion would make him one of the 5 most important people in the development of Germ Theory (disease caused by microorganisms).

One hand washes the other

Semmelweis immediately implemented a policy of hand washing with soap and water followed by hand soaking in calcium hypochlorite solution (the liquid sanitizer you put in your pool) purely because it seemed to remove the foul “cadaveric odours” from the skin. 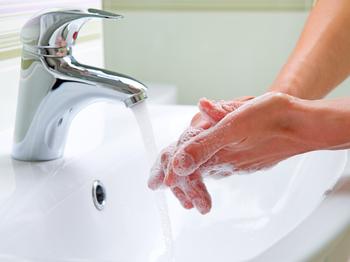 Within one month the maternal mortality rates in clinic one (the doctor clinic) had dropped to almost match clinic two (the midwifery clinic) and in year following this discovery the mortality rate was <0.1%.

“Doctors are gentlemen, and gentlemen’s hands are clean.”

In a bizarre twist of events, Semmelweis failed to convince his colleagues and contemporaries that hand washing was saving lives.

His insistence that there was a single cause for the spread of disease (lack of hygiene) did not sit well with the wider medical community. The weight of “authority” stood against his years of research.

Although he had accumulated masses of data proving his theory, prominent scientists and physicians ridiculed his ideas and described hand washing as ‘undignified’ (any doctor who supported his idea endangered his own career by doing so).

The Insanity of Germ Theory

Eventually his passion would lead to his demise. Semmelweis became increasingly angered by the disinterest the medical profession showed in his theory. He wrote angry letters to prominent physicians and obstetricians (often denouncing them as murderers) which lead to his forcible incarceration in an asylum.

14 days after his imprisonment, in a final twist of irony, Semmelweis succumbed to the very disease he had been fighting.

An infection (from a cut on his palm) lead to the contraction of puerperal fever and ultimately his death.

Eventually Germ Theory and in turn hand washing became wide spread but we owe it to Semmelweis in first instance.

Make a difference…wash your hands….you too can be a Hero !!

Improving Hand Hygiene among healthcare workers is currently the single most effective intervention to reduce the risk of hospital-acquired infections in Australian hospitals.
The Five Moments for Hand Hygiene have been identified as the critical times when Hand Hygiene should be performed: 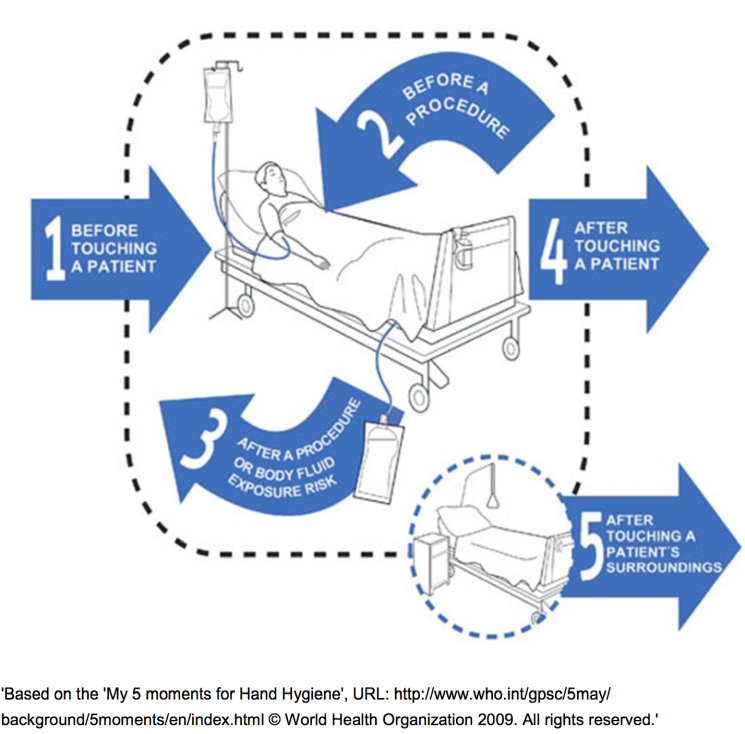